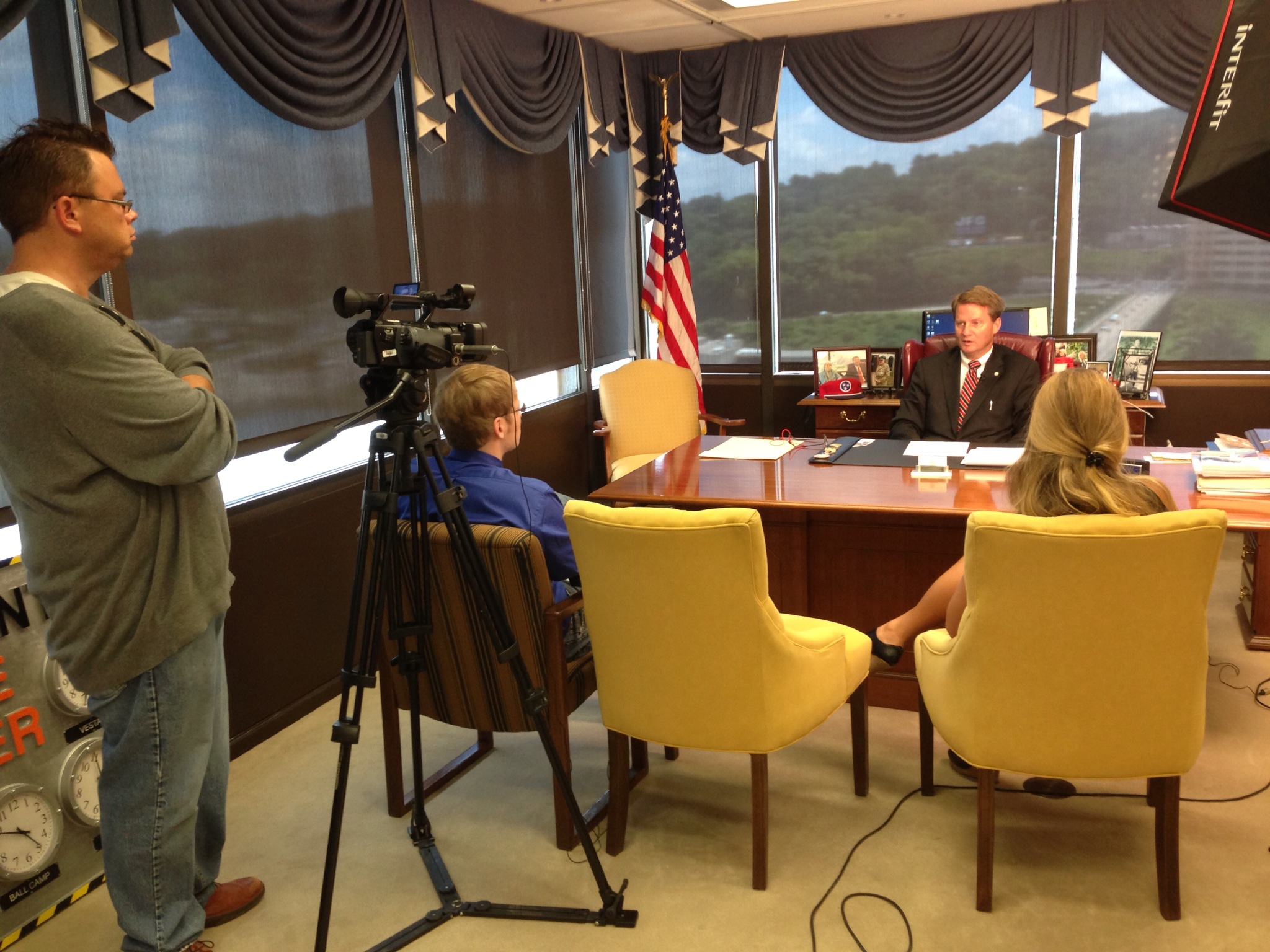 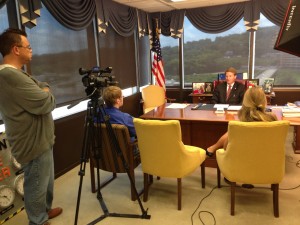 Knox County Mayor Tim Burchett welcomes me into his office with a casual “What’s up?” and a fist bump. On the wall of his office in the City-County Building, opposite the large windows overlooking the Tennessee River, is a framed six foot by ten foot American flag. The flag is yellowing with age and has a number of stains. Although it’s worn, this flag holds a special place in the mayor heart. It was given to the Burchett family by a grateful nation for the ultimate sacrifice of one of its sons, Mayor Burchett’s uncle, Roy Hicks, who was killed during World War II.

As we set-up for the interview, the mayor and his staff exchange light-hearted banter. Although Mr. Burchett keeps a light atmosphere in his office, he became very serious as soon as we started talking about military service and the Medal of Honor convention.

“The people in Knox county understand the role our veterans have played,” he said. “I’d like to share this patriotism with the rest of the country. We want them to see that little [ole] Knoxville really appreciates them, that the whole state of Tennessee appreciates them.”

Since there have been several Medal of Honor recipients from East Tennessee, the convention is a cause that hits close to home, he said.

“The response [to the convention] has been amazing. This community is so accepting and helpful.”

Mayor Burchett hopes the convention will give Knoxvillians the opportunity to hear the individual stories of Medal of Honor recipients.

“The individual stories are what it’s about,” he said, “these folks are very average people. Average people that did extraordinary things. I really hope that we get a chance to embrace their stories. Too often our heroes dribble a basketball or throw a football, but these people … truly are heroes.”